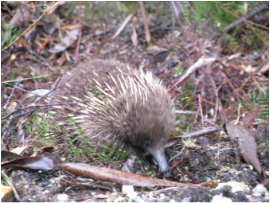 1. What on Earth are monotremes? – tracing their evolution from “normal” ancestors.
2. Reconstructing marsupial evolution (with Maria Nilsson, Senckenberg Museum; Peter Prentis, QUT; Vera Weisbecker, U. Queensland).
3. Dating the major diversification of placental mammals – testing links to the dinsosaur extinction and  the "Cretaceous terrestrial revolution" (with Robin Beck, U. Salford; Nicolas Lartillot, U. Lyon; Mike Lee, U. Adelaide).
4. Are marsupials intrinsically inferior to placentals (as Lillegraven suggests) or does it come down to evolutionary context differences?
Avian Evolution
Phylogenetics and molecular dating 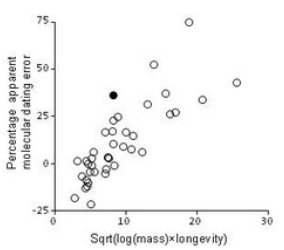 NicheSim is a C++ program that simulates the evolution of discrete characters in 2D niche (or morphological) space on a phylogeny. It is non-Markovian, in that evolutionary transitions can be influenced by state history or by states in other contemporaneous taxa. Several simple metrics of ecomorphospace occupation are also calculated for the simulated or observed data. (Tim White, Matt Phillips).

Genbank_pl and NicheSim are available from Matt Phillips upon request.
Powered by